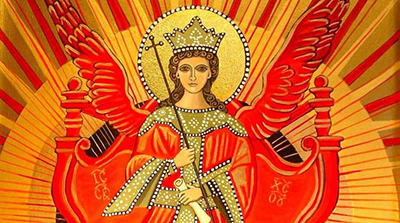 The Starting Point for a Theology on Women

Some say there should be a theology on women. The zeitgeist says it’s time to develop a robust one. Should its starting point be the Son of God? No. Mary? No. Sophia? Yes. And here’s why.

The Father did Creation. But it is Sophia who sets up the relationships once Creation is done. Who is she? She is that part of the Father that has to do with his wisdom. The Old Testament was translated into Greek many years before Christ. Wisdom in Greek is the word Sophia, a female noun. She is described in Proverbs 8. Below is what she does.

She sets up our relationships—the relationship we have with ourselves, our family and friends, the stranger, and the natural world. Sophia, also called Woman Wisdom, is the glue that holds the moral order together, an order that is highly interconnected, a spider web of personal relationships where each creature affects every other, positively or negatively. Woman Wisdom becomes a “dynamic, relational reality within creation that is personified.” [1] Relatedness is the fundamental character of creation with Woman Wisdom as the “relational infrastructure” of creation. In other words, there is something basic about the very structure of creation that can be properly understood in relational terms only, and for us humans, only in personal terms. Through Woman Wisdom, all creatures are related to every other creature for the benefit of all. Our efforts to understand the variety of relationships that God has built into his created order will more closely attune us to his desires for us and our world. [2]

Surprisingly, disorder can play a positive role in a world built around relationships. “Moreover, disorderly elements are inherent in wisdom (as with persons); such disorder is essential for creativity, growth, and the emergence of genuine novelty. As such, elements of disorder are necessary for wisdom’s ways to be truly benevolent.” [3] Disorder coupled with the dynamic character of Woman Wisdom as a dynamic, relational reality, means that wisdom for us is a process of always learning more. We need to be on the lookout where wisdom might be found; where it will show up next. [4]

Woman Wisdom delights in us and our world (v. 31). “Wisdom does not set absolute standards or norms; Wisdom does not fix life in place … she is always ready to take new experience into account, recognizing that God may be about new things for new times and places.” [5] For the most part, these experiences come from us. Through our unbound free will, unbound reason, unbound power, and unbound service to others, we can modify old relationships or design new ones and propose them to Woman Wisdom for her acceptance. It is our initiative which brings about this dynamic quality of Woman Wisdom as God’s ordering power. Disorder, as understood here, is a positive force that becomes the catchword under which Woman Wisdom changes her inventory of proper relationships.

The above is an extract from the chapter “The Personification Sophia” in my book The Prodigal Son Revisited: Exit and Return of Angels, Humans, and the Trinity.