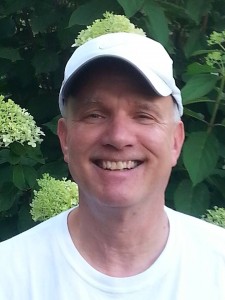 Samuel Castellino was born in northeastern Pennsylvania and has lived most of his life in Wilkes-Barre with the exception of six years spent working in Monterey, California.

His first career in life was as a writer of computer code. Upon retiring from that profession, he became a writer of romance novels, including historical romance. What a change! He loves his second career—both the research involved and the actual writing of the romance. As an author, he proclaims his online thesaurus to be his new best friend and admits to enjoying the editing process, which always results in new gems in the form of better word choice, sentence flow, and storytelling.. He has written two romance novels to-date: Into the Far Country (an inter-dimensional romance) and The Education of Sabina (a romance in late Roman antiquity).

As a self-published author, he has found marketing his books to be his biggest challenge—even with a website, Facebook page, and Twitter handle. He takes his hat off and bows to others who have successfully mastered the book-marketing challenge.

He is a member of Romance Writers of America®, the organization that advocates on behalf of romance writers and promotes awareness of the romance genre.

His second writing interest involves theological anthropology—the study of the human being as she or he relates to God. His non-fiction book The Prodigal Son Revisited explores the interplay between the Christian Trinity, angels, and human beings.

His books include:
The Education of Sabina, Into the Far Country, and The Prodigal Son Revisited.