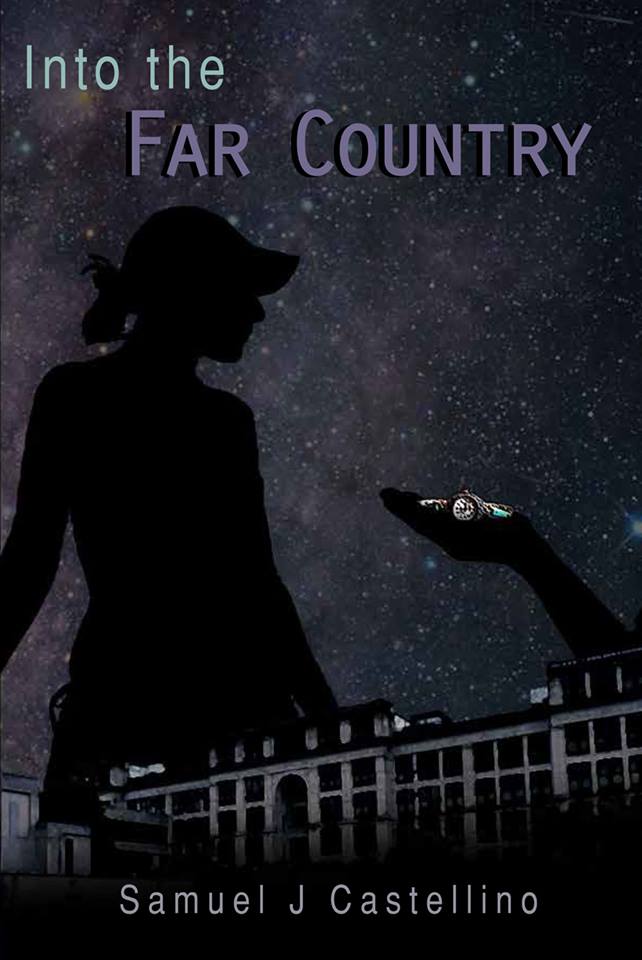 Today was the day. Klarissa’s preparations had all led to this moment of standing before the shimmering gate. Her communications specialists had created a paper trail for her. In her backpack were her passport, birth certificate, English proficiency score, medical history, and school transcript, all fabricated and placed in the appropriate Portuguese databases. In addition, Klarissa carried two pieces of plastic—an ATM card for a bank account preloaded with money, and a credit card to charge any purchases she might need. Also in her backpack were the obligatory two changes of underwear, an extra set of clothes, and personal toiletries.

Klarissa thought back on her job interview. She didn’t know what questions the other finalists had, but she had only three.

The interview committee was made up of a triad of religious elders. They first asked what she thought of them. What word came to mind?

Two of the elders didn’t understand, but the eldest of them did. Mendacity was from one of the streaming videos she had seen, a word from that other world. The elder had been watching, unbeknownst to her, what she watched, and so knew what the word meant. He gave a wily smile, and immediately she understood: he had spied on her.

Klarissa had arrived at the interview cool and unconcerned. She really didn’t care whether she got the job or not. In fact, she didn’t expect to get the job, given what the military thought of her attitude. She knew they were only going through the motions. She had worked hard to get herself ready—just to prove to herself that she could do it and to acknowledge her precision.

Once she figured out their spying, rage took over. She had them cornered and told them in no uncertain terms that they were a bunch of hypocrites and cowards for not standing up to the military and for not practicing what they preached, which was that the Son of God had come to their world to command them to practice peace and virtue.

The heated conversation went back and forth. The elders gave back as much as they took. One of them held up a folder with information on the first applicant. The folder was thin, and contained nothing but laudatory praises from all those who had encountered this applicant since junior high. Likewise for the second and third and fourth recruits—all thin folders.

Then the elder held up her folder. It was thick, so thick it needed two heavy-duty rubber bands to keep the papers from spilling out. It contained all the praises and commendations the others had, but it also contained paperwork on every run-in she had had with those in authority since junior high. Words such as insolent, does not respect authority, does not follow the rules, does not stay within the boundaries, does not work well with others peppered their reports about her.

After his broadside, Klarissa responded heatedly, “What’s your point?”

He told her the word that came to mind that best described her was mean. “You are one mean girl.”

“Mean as cat shit,” she fired back.

“Cat shit?” The elder didn’t understand. It was another colloquialism from a streaming video, another expression from that world not known to this elder. The oldest elder got it, and he smiled at her again.

The second elder turned on a projector that showed a picture on a screen to her left. His question—their second as part of the interview—was, “Tell us what this means to you.” […]

The above is an extract from the chapter “The Job Interview” in my romance novel Into the Far Country by me, Samuel J Castellino.